Here is a short report from autocross #2 at Michelin today:  We drove, we had fun, we beat a few others, and a few others were faster than us too!  Also fun, with things running so smooth and the course being so fast, we each got 6 runs in today!  Before we get the official results later this week, here's a look at some of the cars that participated today, with more photos at our Flickr site: NMS on FLICKR 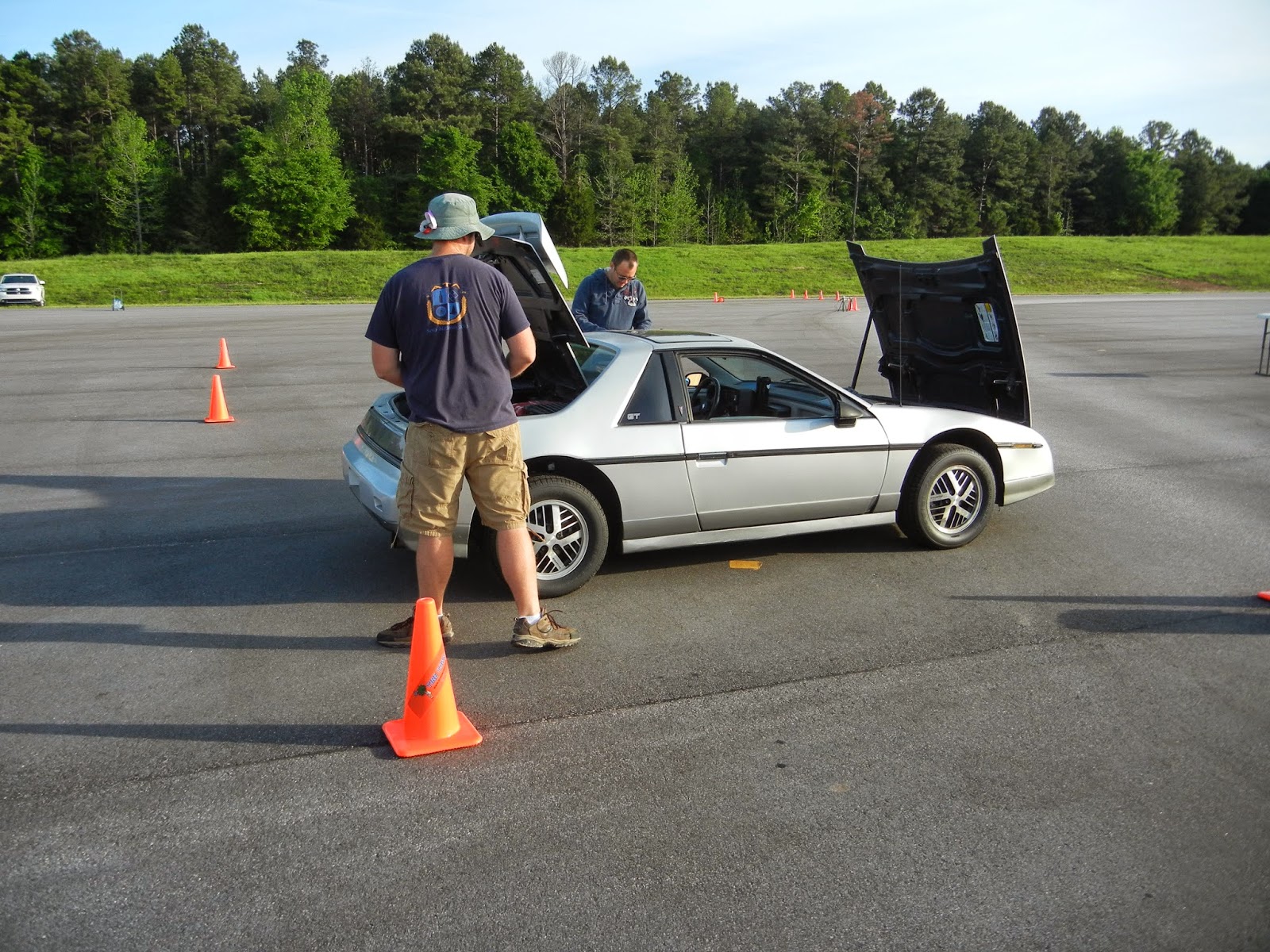 What was really fun today was the large open course that resulted in faster than normal driving speeds, but that also made the braking a bit trickier. Several Pontiac Fieros were spotted. It was fun to see so many cars, about 126 drivers today, in cars ranging from the pair of 60s Corvettes to new Subarus, Ford Focus STs, etc. 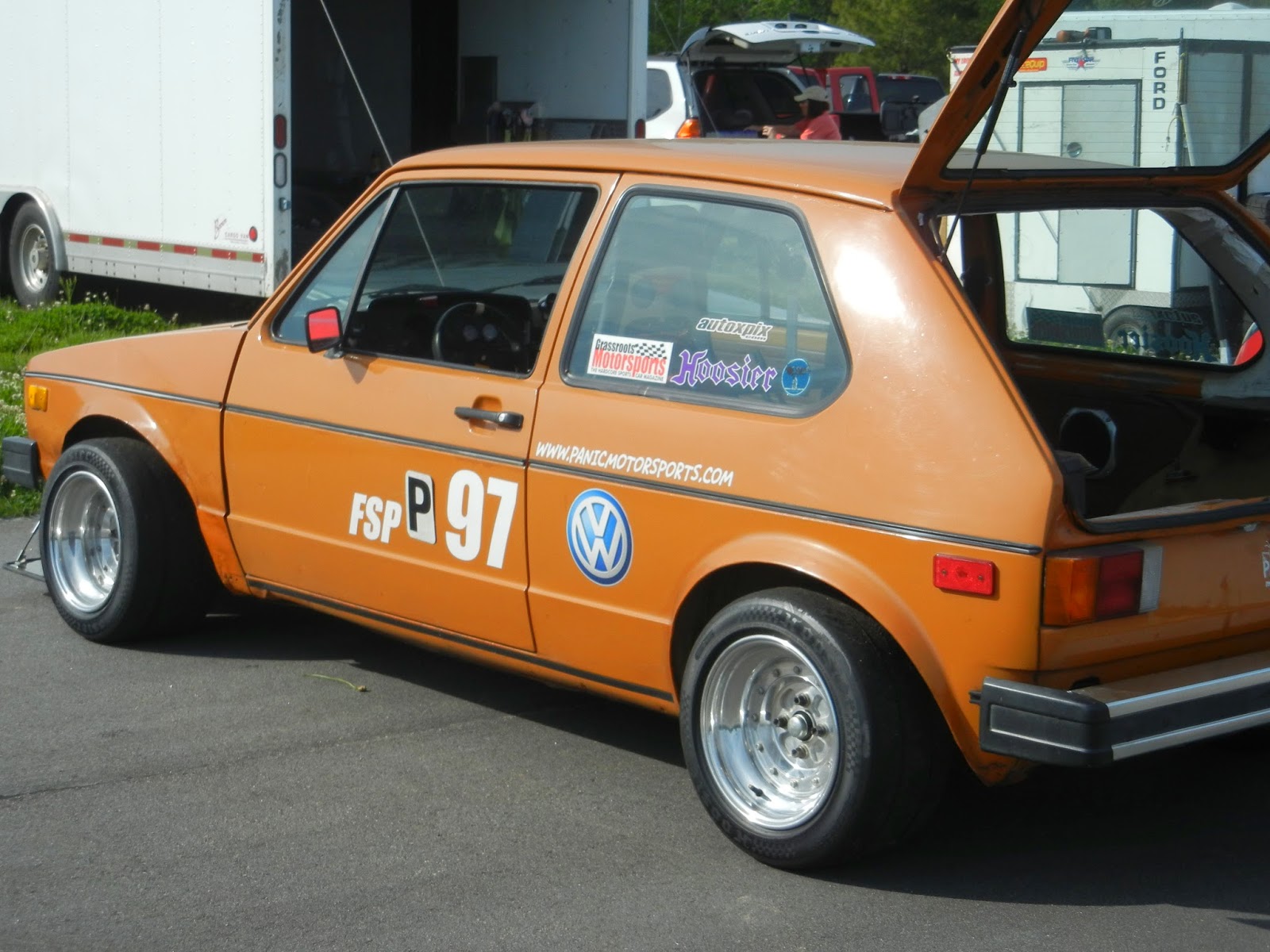 While some cars are basically in stock condition, many are highly modified to do well in autocross, like the #97 VW Rabbit above. 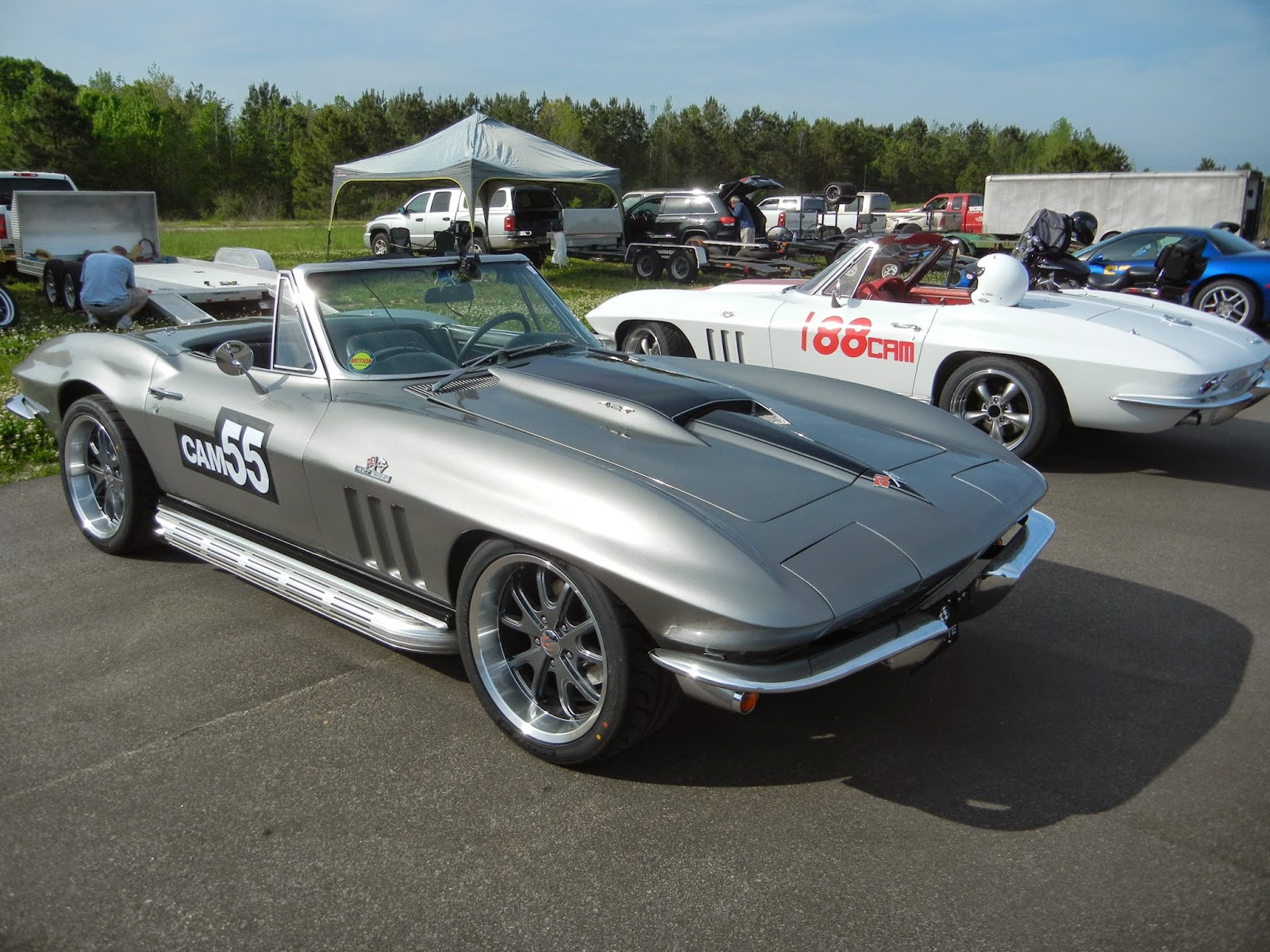 Here's the Corvettes that were driving in the Classic American Muscle category. It was great to see cars like this competing and not just living their lives as "trailer queens" that only come out for car shows. 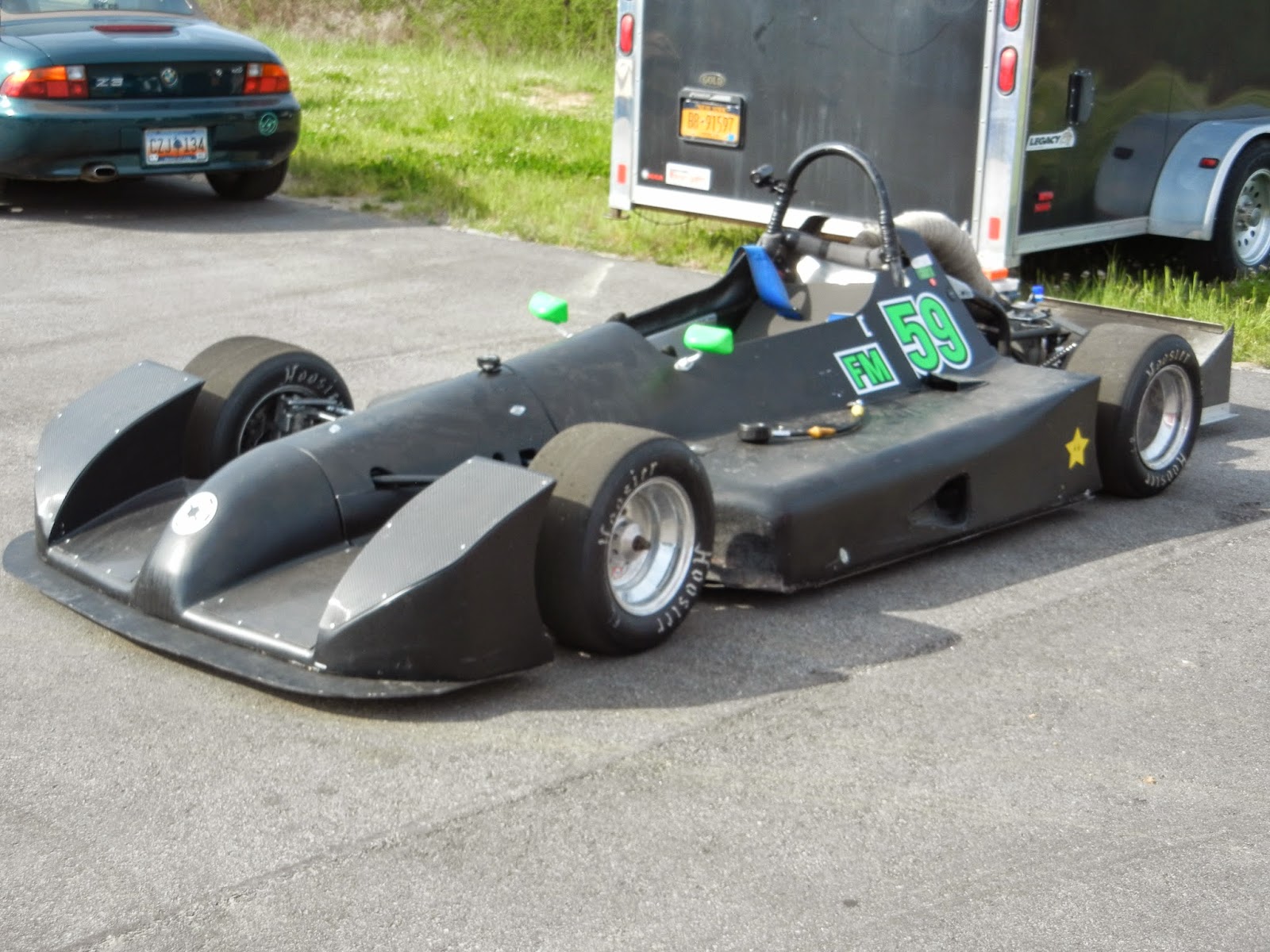 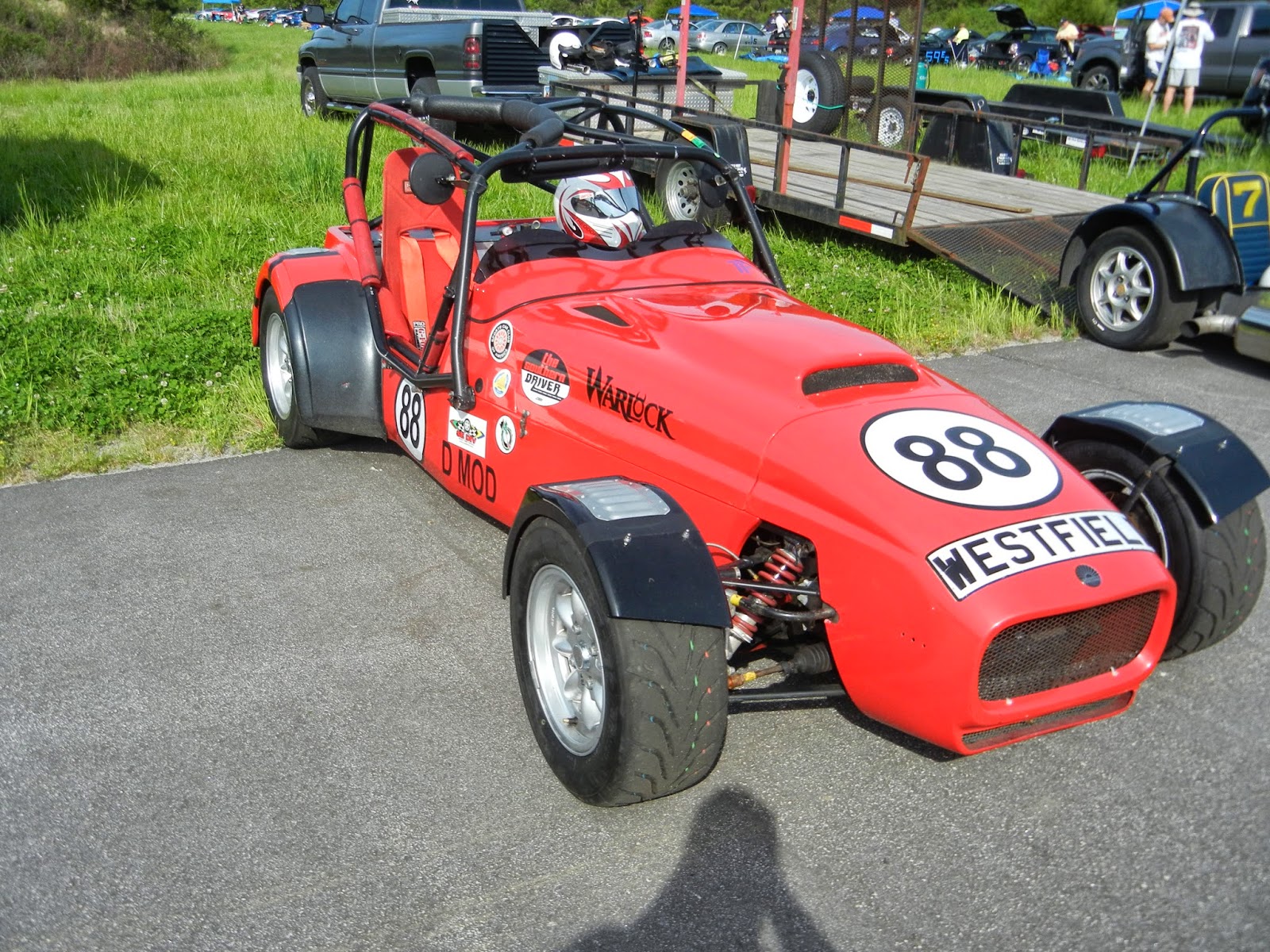 I liked the vented covers over the front wheels on this one. 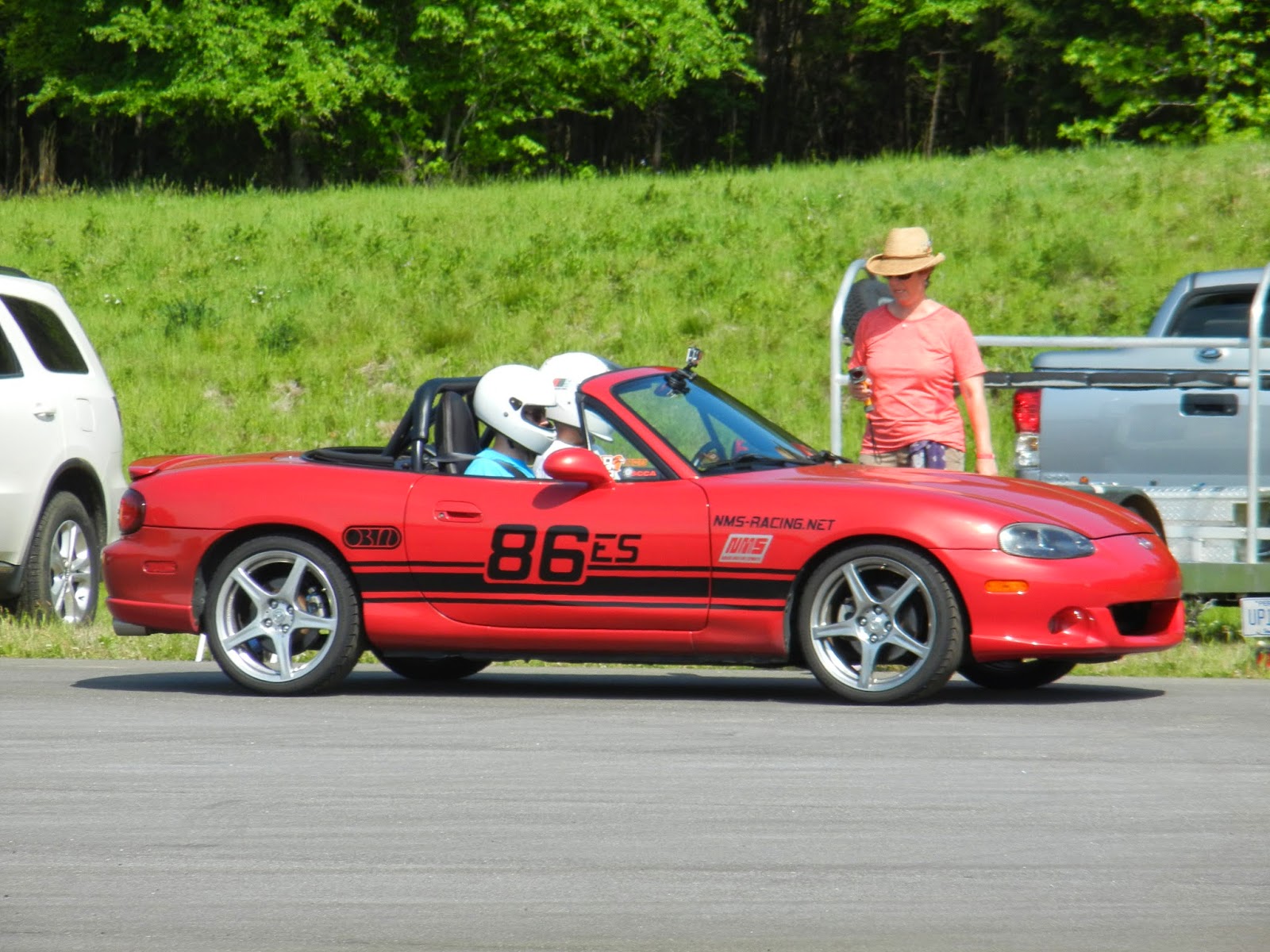 Here is Brian in his #86 , one of two Mazdaspeed Miatas running today. 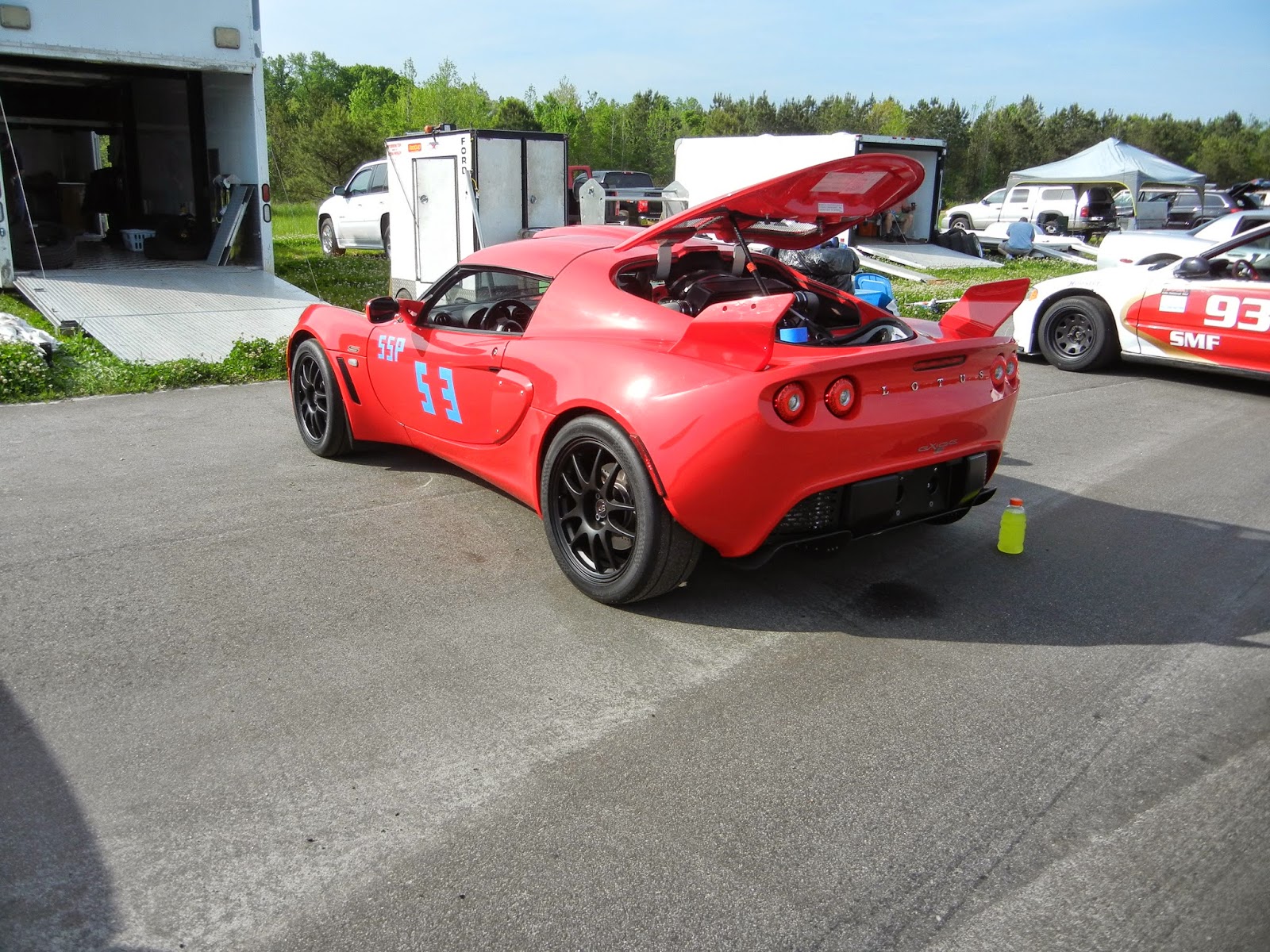 Fun to see the Lotus Exige today!
Posted by robert.a.nixon6@gmail.com at 5:47 PM