Below is a chart of the some of the results from the 84 drivers at the first autocross of the season. This list is just the "Street" categories, all lumped together with their modified PAX times.

The first column is easy enough to read, it's the placings from 1st to 28th place based on PAX time, so you can see the best driving time of each driver ranged from 29.115 seconds to 37.933.  The letter "T" on places 1-6 tells you that if a class has 28 competitors, then normally there will be a trophy awarded down to 6th place. If there had only been 3 drivers, then only 1 person gets a trophy.  Imagine that, like real life, not everyone always gets a trophy!

The second column is just the shorthand version of class of car, rated from A thru H (fastest to slowest), and they all end in "S" for "Street" category.  You can see Brian in 2nd place is in the ES class, and Bob is way down in 5th place in GS.

The third column is car number, and each driver can pick whatever two digit number they want. If you see a three digit car, like the #112 Scion, that tells you that it's a car with two different drivers.  One driver is #12, and the other driver adds a 1 in front of the #12.   Just like last year Brian is #86 and Bob is #77.  For what it's worth, Formula 1 driver Valtteri Bottas has also picked number 77 this year, so I'm sure he's jumping on the Nixon Motor Sports Bandwagon too! 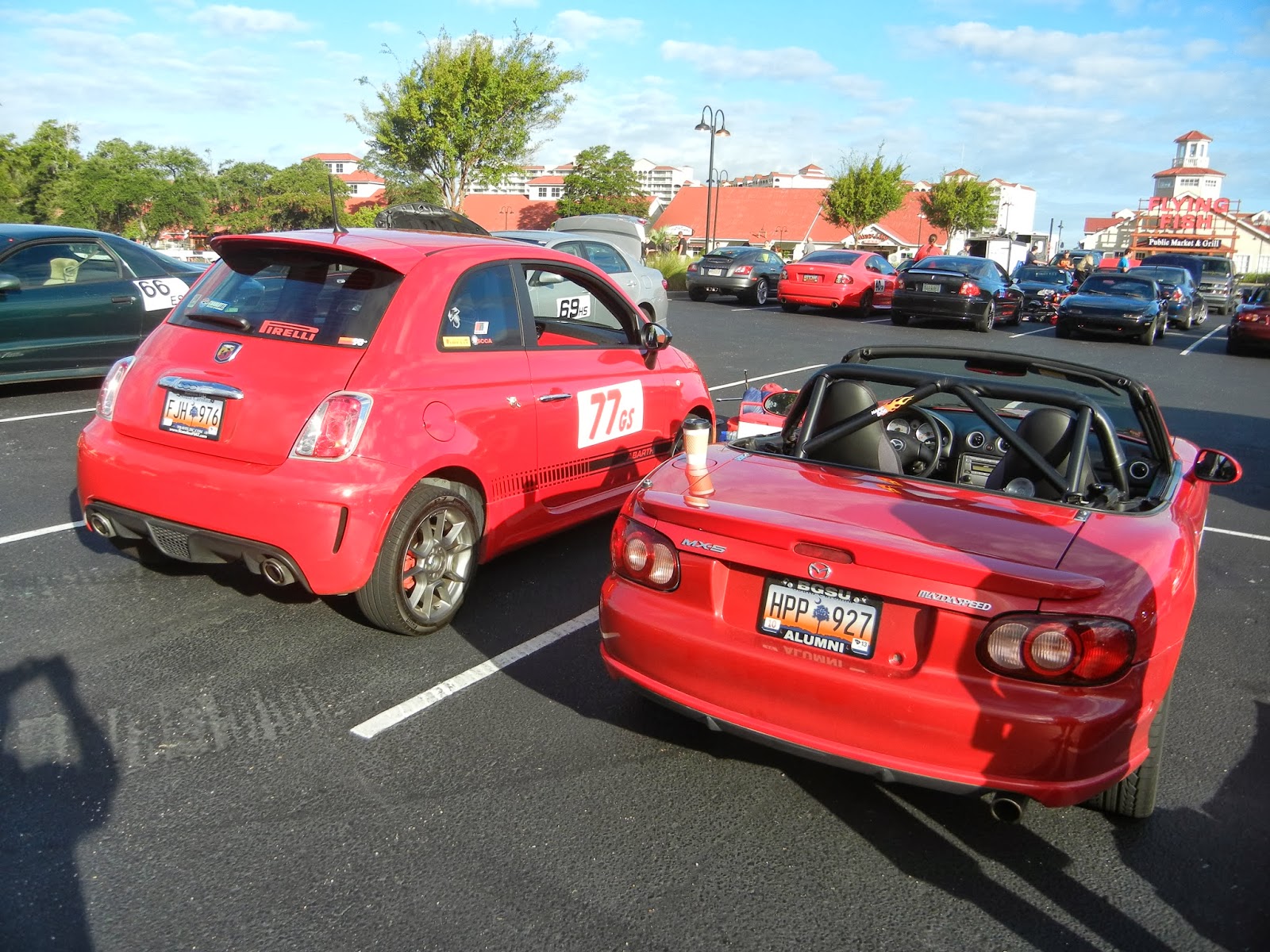 Next up you can see the driver name, and then the make and model of car.  Lots of Miatas in autocross!

Third column from the end we get the driver's fastest time on the day (out of 6 runs we did last Sunday), and these times here have already been PAX modified.

The next to last column gives time behind the place just ahead of you, so you can see that Brian in 2nd was just over 1 second down on 1st place, and 0.097 ahead of 3rd place.  Brian also wants you to know that he was 0.442 seconds ahead of Bob, and fastest NMS driver and fastest ES driver on the day. Remember, if you can back it up, it's not bragging!

Last column is total time behind the class winner.

So what does all this mean?  It might mean that the order gives a general idea of how good each car is!  Or it might be a general idea of which driver is faster too! My thoughts are that it's a combination of the two, with the driver part counting for more of the equation. On the other hand, seeing two Focus STs and two Miatas in the top 4 here might also be a good clue that if you are interested in autocross, that these models of car might be a good ride to be in if you want to be competitive.

Of course there are a few other variables, like what tires were used, condition of the car, what modifications allowed in STREET might be on each car, what the driver had for breakfast, what kind of gas was in the car, how hot the day was, and a lot of other variables.

That's what makes this so much fun and keeps you coming back for more: trying to tweak all those variables and hit the perfect autocross run!